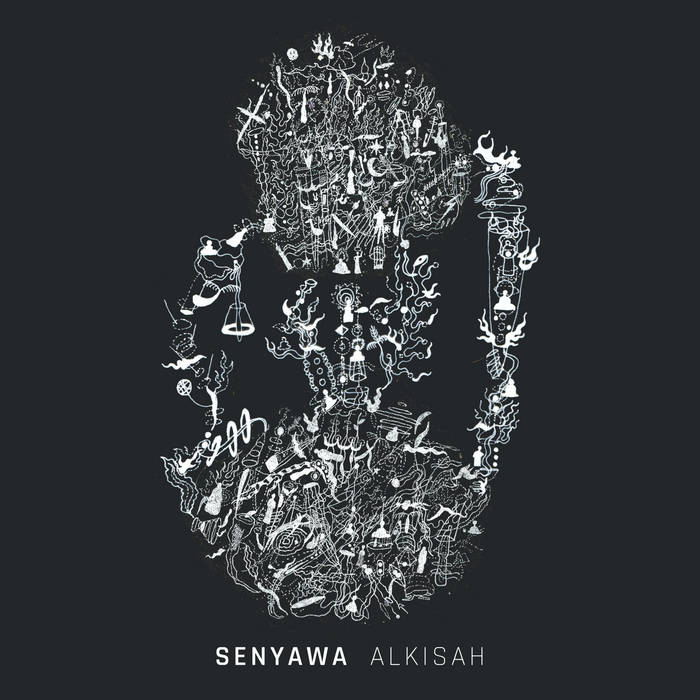 what senyawa is doing on Alkisah is inspirational; everyone from ritual drone, to "live at state's end" punk, and any strain of post-1999 chicago post-rock should takes notes. riyl: 75 dollar bill, special interest, gong gong gong

Lars Gotrich How can I resist ritualistic drone-metal gamelan folk music? Senyawa keeps getting compared to Sunn O))), but is nowhere near as monolithic; the duo's spirit towards rhythm and noise actually reminds me of Boredoms, in the way that both capture black holes of sound that bend light. buttondown.email/vikingschoice/archive/4c068821-c84a-40f5-9bd3-d34c003bfd14 Favorite track: Istana.

"It’s difficult to characterise Senyawa without leaning on inaccurate tropes or multihyphenates. From Indonesian gamelan to apocalyptic folk, post-punk, no wave, stoner metal and dark-doom-psychedelic-ritualcore, the Javanese duo’s output encapsulates such wide swathes of influences so as to be nearly impossible to summarise.

Their unprecedented style derives in large part from their unconventional instrumentation. Over the course of ten years and about as many releases Rully Shabara and Wukir Suryadi have honed a semi-improvisational sound forged from the percussive clattering and ceremonial mood of their homemade bambuwukir. The device, the size and shape of a tube zither, is sheathed in rows of metal and bamboo strings that emit a remarkable range of otherworldly tonalities and textures. On their newest album Alkisah it’s joined by another of Suryadi’s homemade creations built from a spatula and an electric guitar. Their combined effect is more industrially angular than the band’s past work, eliciting a symphony of pulverising riffs and guttural roars that sounds as if they’ve hatched straight from the fires and slimes of Middle Earth.

Alkisah’s feral march is the backdrop to a tale of impending destruction. The album, whose title loosely translates to Once Upon A Time, tells the dystopic fable of a formerly rich and powerful country approaching its dissolution. The story starts as the government crumbles. In “Menuju Muara”, or “Towards the Estuary”, the society disbands to create a new civilisation from the ground up. Pitch-shifting harmonics and gauzy, reverb-drenched background vocals sweep and stutter, punctuated by repeating power chords and a cacophony of metallic recordings. The loose rhythmic jam is reminiscent of early Einstürzende Neubauten before it evolves into a sludge metal dirge.

By “Kabau” an echoing chorus of screams and wails merge into a singular vocal line. The new world order, which has collapsed into yet another bloody insurrection, looks to the traditional wisdom of these chanted Minang proverbs that bring the album to a haunting close. It seems, for all their novelty, as though Senyawa speak to something more ancient in these images – the timeworn threat of empire building and supremacy’s inevitable fall."

All labels and remixers involved can be browsed at alkisah.net

Decentralization should be the future