Old Is the New New: A Tribute to Karate's In Place of Real Insight 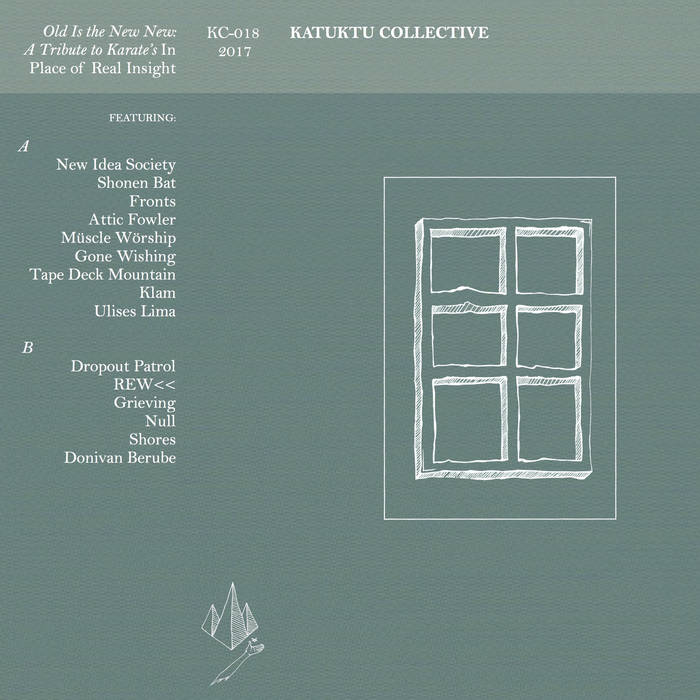 When I was a teenager, I saw Karate open a few shows for Fugazi and Unwound. It was some of the first really loud, dissonant music I had ever seen in person. Even though Unwound would go on to become one of my all-time favorite bands, and even knowing Fugazi would be playing that night, it was Karate I was most captivated by. Not many months later, having collected the brilliant Death Kit 7” and the Crownhate Ruin split, I snuck into Karate’s self-titled record release show. As headliners, they didn't play until about 12:30, which felt really late for live music at the time. But from the opening chords of “Gasoline” the crowd was pretty riveted. They were loud and blended well with the small, smokey stage upstairs at The Middle East. Still a three-piece then, the drummer hit hard and the loud-soft dynamics of the band shocked me. It would be the first of many times that I saw Karate in that room. Though they would get better and write even more interesting songs, it wasn't later when they were better-known, or earlier in front of 5,000 Fugazi fans, that I would fully appreciate the magic of the band; it was in that moment, at their record release show that I’d snuck into since I was underage and didn’t even have the money to buy the album that made me a fan. Good songs hold up, and so do these albums twenty years later. - Mike Law

Karate has always been such a unique bright musical spot in my mind. Their shear originality and headiness while still being accessible should be a source of inspiration to any artist. It had been a while since I’d listened to them prior to this project, but working on this really rekindled my respect and appreciation for these guys as indie pioneers. I was also reminded of a time my old band Decibully ended up on a European tour and learned after we’d arrived in Amsterdam that half the tour hadn't actually been booked. As we scrambled to find shows on the continent, Karate was cool enough to let us jump on a couple dates in the UK with them. Those were some of our best shows on the tour and the guys were incredibly helpful and kind to do that. All this made me doubly thankful to work on a cover. Big thanks to not only Karate for their incredible music and kindness, but also to Katuktu Collective for putting it all together! - Ryan Weber

In 2005 or ’06, I walked out of Aquarius Records in San Francisco with two CDs, an odd couple: Karate’s "In Place of Real Insight" and Nadja’s "Truth Becomes Death." As pivotal and powerful as Nadja has proven to be, it was the immediacy of the decade-old Karate album that captured a spirit I previously hadn’t been convinced of. Let’s just say that Nadja had to wait until well out of downtown to get its turn; truly, "In Place..." hasn’t left rotation since. To this day, Karate’s music still speaks to me of that discovery and destination, post-salad days and pre-Highway 101. As for the decade since: text worn off the disc face, a “New New” tattoo, an ever-growing Karate-related record collection. And so the serpent finds its tail. This year, Katuktu Collective (formerly Land Animal Tapes) has had the pleasure of working with Nadja’s Aidan Baker ("Heteroticims Volume 4"), and now here, with "Old Is the New New," we attempt to pay humble tribute to Karate’s Geoff Farina, Jeff Goddard, Gavin McCarthy, and Eamonn Vitt. The family of international artists that make up this track listing represent a whole generation influenced by Karate, and on April 28th, 2017, we celebrate the 20-year anniversary of "In Place of Real Insight"’s release, with a few other ‘90s Karate covers thrown in for good measure. I hope you have as much fun listening to this tribute as we had assembling it. And, of course, turn it up (so you can hear it downtown). - Aaris K